TOPICS IN THIS NEWS UPDATE Dr. Bernard is a remarkable leader with a unique mix of professional lifetime experiences in the workplace. Rooted in his theological training and love for people, he approaches all he does with a huge ministry heart. A.R. is also an experienced businessman having spent a decade in the marketplace before becoming a pastor. He’s well-known for his personal relationships with multiple business, media, civic and governmental leaders—and he’s highly respected for his tireless hands-on engagement and leadership in innumerable civic matters which have significantly impacted thousands of lives for the good all across the New York City area and beyond!

A.R. Bernard is literally one of the most influential religious leaders in the United States. He’s a transformative visionary and is the Founding Senior Pastor of Christian Cultural Center (CCC) in Brooklyn, NY with a membership of more than 40,000—and CCC campuses in Long Island, and Orlando, FL—as well as a virtual campus that reaches thousands across the country and around the world. Prior to opening a small storefront church in 1978 in the Williamsburg section of Brooklyn, Bernard enjoyed a successful 10-year career in the area of Finance as a businessman.

Bernard is a preeminent thought leader in faith and culture and is a highly sought-after media contributor. He has made frequent appearances on FOX News, CNN, MSNBC, NBC, CBS, BET, NY1, TBN, and Daystar TV. Bernard embraces radio, TV, social media and other communications platforms to share the message of Christ in culture. In March 2021, Bernard launched ARBtv—a digital platform that features diverse topics at the intersection of faith, culture and media. As a published author, Bernard shares transformative messages in his two books, Happiness Is… and Four Things Women Want from a Man.

A lifelong civil rights activist, Bernard often collaborates with national and global faith leaders building solid partnerships that advocate for religious freedom and social justice. Bernard previously served as the president of the Council of Churches of the City of New York and is currently the president of the Commission of Religious Leaders of New York City (CORL), an organization representing all faith traditions.

Bernard holds a Master of Professional Studies and a Master of Divinity from Alliance Theological Seminary. He received an Honorary Doctor of Divinity from Wagner College and an Honorary Doctor of Divinity degree from Nyack College/Alliance Theological Seminary. Under Bernard’s leadership, the newly established New School of Biblical Theology at Christian Cultural Center offers Master’s Degrees and is in the process of obtaining full accreditation.

Bernard and his wife, Karen, are married nearly 50 years…and they are the proud parents and grandparents of seven sons and 24 grandchildren, respectively.

Get a Glimpse of A.R. Bernard’s Ripple Effect of Impact

We’re so excited for all we will learn from Dr. A.R. Bernard at The Global Leadership Summit this year. Until then, enjoy the following example of Rev. A.R. Bernard’s visionary leadership at work in this recent feature in The New York Times.

“To Fight Gentrification, a Brooklyn Pastors Plans to Build 2,100 Apartments”
The Rev. A.R. Bernard has partnered with a developer to transform the land around his Brooklyn church into shops, a school and 2,100 apartments. (By Luis Ferre-Sadurni)

On Sundays, hundreds of cars squeeze into the 10-acre parking lot of a sprawling megachurch in East New York, Brooklyn, that caters to the largest evangelical congregation in the city.

Other days, the expansive lot—part blacktop, part gravel—mostly sits empty in one of the poorest pockets of the city.

For decades, the Rev. A.R. Bernard, the pastor of the Christian Cultural Center, has had a vision for his underutilized parcel near Jamaica Bay: to construct an urban village, as he calls it, of affordable housing, local shops and a new performing arts center. The plans for the “urban village” include curbless streets that lead to the heart of the complex where the church, a school, a theater and a community center surround a green quad.

That dream may finally come true.

Mr. Bernard has partnered with the Gotham Organization, a real estate developer, to transform the land around the church into an all-encompassing campus of nine residential buildings with 2,100 units for very low to middle-income residents, as well as a school, a grocery store and on-site services for seniors.

I want to experience this community. There’s a future. There’s hope.

“The mind-set in inner-city conditions is doing everything you can to get out and not come back,” said Mr. Bernard, whose 43,000-member congregation makes the church, founded as a storefront church in Williamsburg in 1978, a requisite stop for any politician on the campaign trail. “Here you’re talking about, ‘Wow. I want to stay. I want to experience this community. There’s a future. There’s hope.’”

The development would mark one of the most ambitious projects in an area of Brooklyn that has seen a spur in construction. In 2016, a section of East New York was the first area to be rezoned under Mayor Bill de Blasio’s strategy to promote affordable housing and spark economic development in blighted neighborhoods.

Mr. Bernard’s vision is of a new community with retail space reserved for local entrepreneurs.

The rezoning plan faced fierce opposition from many residents who, pointing to nearby gentrified neighborhoods like Williamsburg, feared an influx of new residential buildings would invite wealthier newcomers, displace longtime residents and alter the character of the neighborhood.

Since then, developers have flocked to East New York: It trails only Long Island City in the number of permits to build new apartments that have been approved between July 2017 and July 2018.

Most of the developments slated for construction are aligned with the city’s policy to only finance buildings that are 100 percent affordable. But many residents fear it is only a matter of time before rents in East New York go up, enticing developers to construct luxury buildings with market-rate units.

We need to rebuild an infrastructure of opportunity in this country.

The site next to the megachurch is about two miles south of the section that was rezoned two years ago. Mr. Bernard built his 96,000-square-foot church on land he bought in the 1990s from the former owners of the abutting property, Starrett City, the nation’s largest federally subsidized apartment complex. The pastor, who has a Master’s Degree in urban studies, has long been a vocal supporter of preserving the affordability of the 5,581 apartments at the complex and was even immersed in a group that tried to buy it.

Mr. Bernard, a spiritual power broker who was the first religious leader to step down from President Trump’s evangelical advisory board last year, said his new development would act as a bulwark against gentrification. Construction workers would be hired locally, much of the retail space would be reserved for local entrepreneurs, and there were no tenants to displace, he said.

“The gentrification of Brooklyn is not the future,” Mr. Bernard said. “It’s happening now, and I think that this is a very creative response to that reality.”

The plans include curbless streets that lead to the heart of the complex, where the church, the school, a 299-seat theater and a community center surround a green quad similar to those on college campuses. The shops, on the ground-floor of the residential buildings, mostly face public avenues around the development’s perimeter.

“We need to rebuild an infrastructure of opportunity in this country,” said Vishaan Chakrabarti, the founder of PAU, the company overseeing the design. “All of the things that create social mobility, whether it’s affordable housing, cultural institutions, health care, education—this project is about all of that. That was very fundamental for us.”

Construction would take place over a decade and would not begin until at least mid-2020. The project must go through the city’s public review process, which includes feedback from the local community board and approval of the City Council. Reviews typically take six to eight months and show great deference to the local Council member’s position.

Get your tickets to hear A.R. Bernard and the 15+ world-class faculty who will share the stage at The Global Leadership Summit this August!

Get your tickets today >>

A.R. Bernard on how the black church informed the fight for freedom and equality in America – Sunday, February 28, 2021 Read More >> 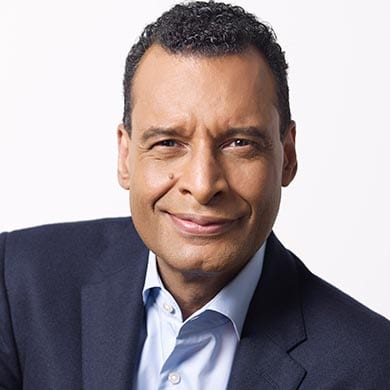 The Global Leadership Summit (GLS) is a two-day infusion of actionable leadership insights and inspiration broadcast to hundreds of host sites across the United States every August. In the following months, the GLS is translated, contextualized and hosted by local leadership committees at hundreds of locations across Africa, Asia, Latin America, Europe and the Middle East. This global event convenes a world-class faculty who share their distinct perspectives and expertise, inspiring and equipping people around the world with practical leadership skills that can be applied within their context, wherever they have influence, and used to empower positive transformation where it’s needed most. Attracting an audience that represents various industries, including marketplace, non-profit, healthcare, education, government, ministry and corrections, the GLS has become a unique platform, unlike any other, bringing people together to not only empower better leadership within the organizations they represent, but in a growing number of cases around the world, this event also acts as a catalyst for organic local movements initiating systemic, city-wide change. What started as a single event back in 1990’s, the GLS has grown to attract tens of thousands of people today.